This image was donated by Anne Houston, her father was Derek Nicholson in later years he was a white coat “production officer”.

On the far right of the front row is Brian Exley.

C681a The upper image shows part of the factory before demolition 2004.

E310 Looking across Crompton Parkinson works from the field behind, in the distance on the left is the Tranmere Park estate.

E311 View over the Crompton Parkinson works looking towards Menston, the clock tower of what was then High Royds hospital can be seen, also towards the right St Mary’s School.

C451 “This was taken 29.6.2004.
As I remember most people left in April but I and a few others stayed a couple of months longer to wind things down”.

C681b 2006 the area has been cleared and nothing remains. 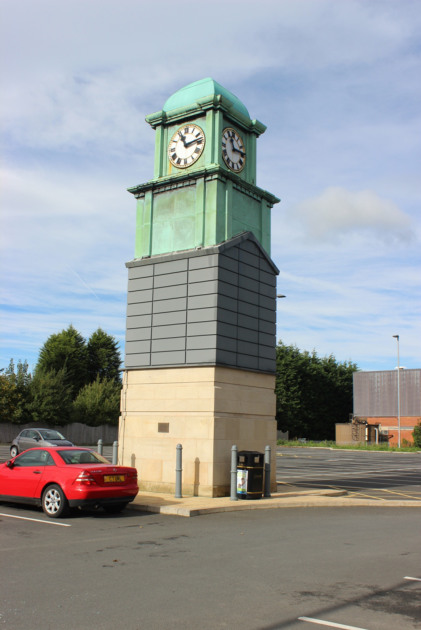 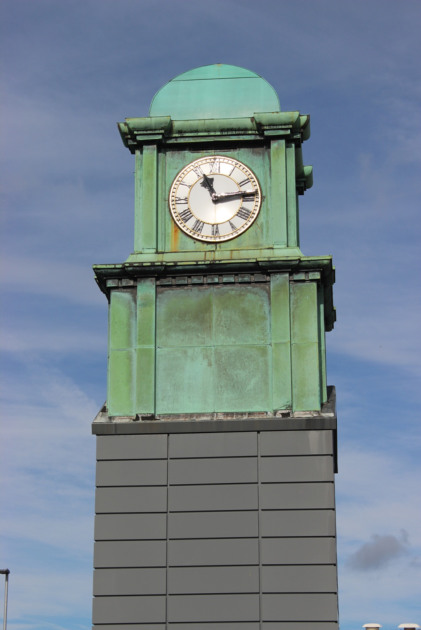 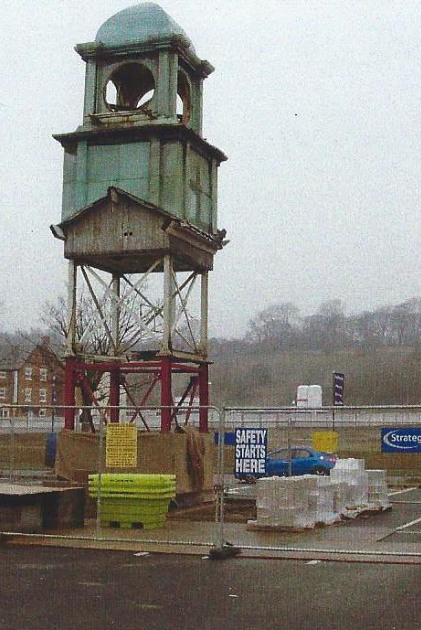 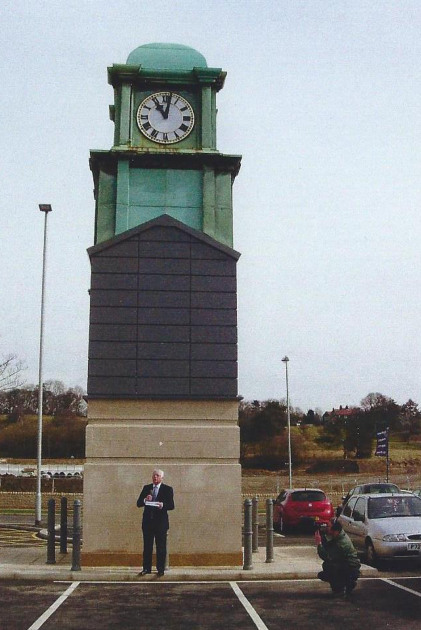 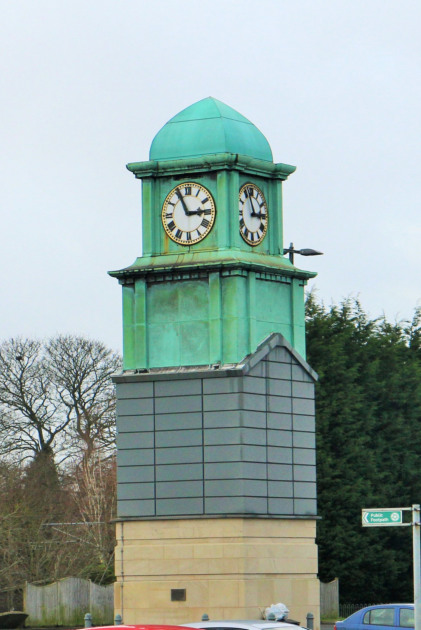 5th October 2013: This is the clock tower which stood above the motor works entrance at Crompton Parkinson’s factory.
The donor of the image, Ken Roberts, remarked “I walked under this clock most days for almost 46 years”.
A car park was created on the opposite side of Netherfield Road to the factory and the clock tower was installed there.

The clock tower which was removed from the demolished Crompton Parkinson works on Netherfield Road is re-sited on a new plinth at Netherfield Road car park opposite the new Edison Fields estate. Image J205 shows Councillor Latty.

Mike Fall Re the cricket team photo, I worked for/with Stan Hudson at CPs when he moved from to supervise the fluorescent tube manufacturing unit which transferred from CP’s Doncaster Works. I have remembered him for nearly 60 years with affection…11430561009 May 2019

Mike Fall114305610
I well recall working for/with Stan Hudson in the mid-1950s at CP’s. Stan, along with the fluorescent tube manufacturing unit, had just moved from CP’s Doncaster works. As a CP’s apprentice in The Lamp Works at Guiseley, I worked for quite a few ‘bosses’. Stan was the best. I remember him with affection.10 June 2019

I left 1 year before it closed. Many happy memories.

Ken Roberts “Janet, I had no idea that Ted Ingle was your uncle. I knew him well & liked him a lot. I left Cromps in 2002 after 46 years there.”

Michelle Duffersdinglebird Duffield My Dad would turn in grave if he knew what had happened to his beloved Parkinson’s that he lived and breathed for!

Margaret Barrington I met my husband to be – Dave Barrington – in the works canteen here in 1968! I worked in the General Office and he worked in the E.D. Maintenance Department. I remember you Ken Roberts and Edward Ingle was one of his best mates at the time. Happy days.

Allison Hugill I lived on Ings Crescent till the mid 80s and I used to see this sight every day on my way to school. This photo brings back memories but at the time I bet I never gave Crompton’s a second look. Happy days.